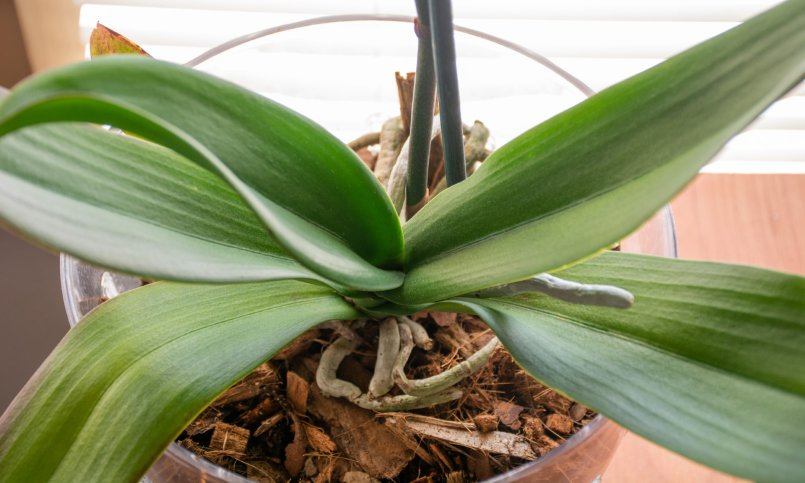 Orchids are some of the most prized flowers in the gardening world. But somewhere along the line, they also earned a reputation for being hard to grow!

It’s quite common to think you’ve managed to kill your orchid. These troubleshooting tips should help you identify whether your plant is perfectly fine, or whether it’s really time to throw in the towel.

Contents hide
1 Dormant or Dead?
2 Common Reasons Why Orchids Die
3 How to Make an Orchid Bloom Again
4 How to Save an Unhealthy Orchid

The most common orchid you’ll see is the Phalaenopsis. If you’re like many people, you may have been gifted one. It was in full bloom when you received this beautiful plant, and it looked incredibly healthy. At some point, though, the flowers faded and eventually fell off.

Someone who doesn’t know much about orchids may panic at that point. They might wonder what they did to kill it. Chances are, you did absolutely nothing wrong. The orchid is merely going through its normal growth cycle.

When orchid flowers fade and fall off, the plant is usually still healthy. It doesn’t mean it’s dead; its bloom season is simply dormant. For some orchids, such as Phals, when their blooming period is over, it’s time for the roots and leaves to grow.

With proper care, your orchid will rebloom when it’s time to do so. Once the flowers fall off and the flowering spike turns yellow, cut the spike about a half-inch from the base. The orchid can then use its energy for root and leaf growth.

So, how do you know if your orchid is actually dead?

If it has leaves but no roots, there’s a chance you can revive it. It will take time, however, as orchids can be slow to bounce back. Rooting hormones may help, but in many cases, you’ll just have to be patient and practice a wait-and-see approach.

An orchid with no leaves, however, is usually doomed. It’s unable to make the necessary food to keep it alive.

One of the most common reasons for premature orchid death is overwatering. This usually leads to root rot, where the roots become soft and mushy. It could lead to losing all roots, which makes it hard for an orchid to remain hydrated.

Another reason for orchid death is crown rot. Water should never be allowed to sit in the crown, the space where the leaves join the plant. This often kills leaves first before killing off the entire plant.

How to Make an Orchid Bloom Again

In many cases, your orchids will rebloom when it’s their time to do so. If you want to encourage healthy and beautiful flowers, it’s important to take care of your plant during the dormant season.

Regular fertilizing with an orchid-appropriate fertilizer is the best way to make sure your plant remains strong and healthy. Make sure you’re fertilizing on a regular schedule with a product designed for orchids. Typically, these are 20-20-20 formulations: they contain balanced ratios of potassium, nitrogen, and phosphorous, providing the vital nutrients to produce well-formed flowers.

Orchids tend to bloom seasonally. Phals often require cooler temperatures to trigger flower spikes. If you place your orchid near a window in the fall and winter, this is often the boost they need to start growing a flower spike.

How to Save an Unhealthy Orchid

Orchids can suffer numerous health issues, with some much more severe than others. Some of the most common problems you’ll see on your orchids include the following:

The American Orchid Society is another excellent place to start learning how to care for orchids.

1 thought on “Is My Orchid Dead? Can I Revive It?”